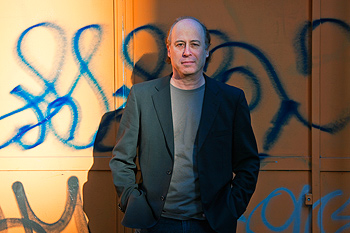 Barry Lancet is the author of the award-winning international suspense series featuring Jim Brodie. The latest entry is The Spy Across the Table (Simon & Schuster), which sends Brodie careening from Washington, D.C. and San Francisco to Japan, South Korea, the DMZ, and the Chinese-North Korean border, in a story that predates recent headlines. In one of the first advance reviews, Publishers' Weekly said that "Lancet keeps the suspense high through the exciting climax."

The previous entry in the series, Pacific Burn, explores the tragic aftermath of the Fukushima quake-tsunami disaster and the real reasons behind the nuclear melt down. Japantown, the first Brodie adventure, won the Barry Award for Best First Novel, was initially optioned by J. J. Abrams, and is now under consideration at other studios. The second volume, Tokyo Kill, was a finalist for a Shamus Award for Best Novel of the Year and declared a must-read by Forbes magazine.

Lancet's connection with overseas travel, foreign lands, and Japan began more than thirty years ago with a short exploratory trip from his California home to Tokyo. Five years later, after visiting numerous other countries, his visit to Japan turned into a long-term stay in the Japanese capital, a thriving metropolis he found endlessly fascinating.

Lancet landed a position at one of the country's top publishing houses, and in twenty-five years he developed numerous books across many fields but mostly on Japanese culture—including art, crafts, cuisine, history, fiction, Zen gardens, martial arts, Asian philosophy, and more. All of which were sold in the United States, Europe, and the rest of the world. The work opened doors to many traditional worlds, lending a unique insider's view to his own writing.

One incident in particular started him on his present course of writing, and led to Japantown and the Jim Brodie series. Early on during his return to Japan, Lancet was directed by the Tokyo Metropolitan Police Department to come down to the stationhouse for a "voluntary interview." The MPD proceeded to interrogate him for three hours over what turned out to be a minor, noncriminal infraction.

The police grilling evolved into one of the most intensive psychological battles of cat-and-mouse Lancet had faced up to that point in his stay in Asia, and caused him to view many of his experiences, past and future, in a whole new light. The encounter was also instrumental in shaping Lancet's approach to his novels.

Lancet is based in Japan but makes frequent trips to the States.

Go to interviews and articles

Check out the FAQ