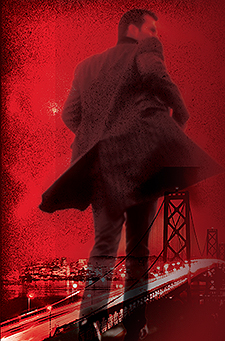 Territory: San Francisco, Japan, and wherever the art and the cases take him.

How I Got Here 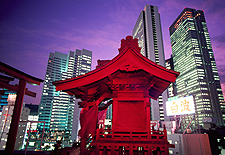 It wasn't supposed to be this way.

I had never imagined myself manning a desk at Brodie Security. The firm was my father's baby. He had built it from scratch in the seventies after heading up the MP units policing American military bases around Tokyo.

Once he mustered out, he joined the LAPD, balked at the pecking order, and left to set up on his own, first in Los Angeles until his shop collapsed due to a lack of connections, then in Tokyo, where the network from his years of service kept him afloat. 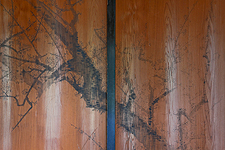 At the time, my future mother, an art curator by trade, was working for the American Red Cross in the Japanese capital, a volunteer transplant also from LA. They met, they married, I was born, and I spent seventeen years of my life in Tokyo, the only Caucasian attending the local Japanese public school, where I learned the language, the culture, and so much more.

By the age of twelve, afternoons at Brodie Security slotted into my routine, as did four weekly sessions with two of the best martial arts masters in Tokyo, courtesy of my father's ever-expanding list of contacts. 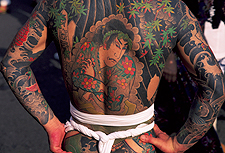 For five years I listened to his operatives dissect cases. The conversations were raw and gritty and endlessly fascinating—yakuza blackmailers, philandering millionaires, swift-thinking cat burglars who emptied bank accounts by stealing hanko, the carved seals the Japanese used in place of signatures. And on and on.

At the dojos I developed a wicked karate kick and a powerful judo throw. What adolescent boy could ask for more? Then one day my mother took me into the bowels of the Tokyo National Museum, where I caught my first glimpse of Japan's glittering heirlooms, from sixteenth-century samurai armor to profound yet frisky zenga, aka Zen paintings, artworks composed of brisk black strokes of ink on a white ground done by enlightened Buddhist monks like Sengai. And then there was Buddhist statuary and the quiet certainty of the Japanese teabowl. 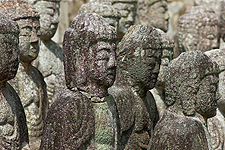 What I saw that day woke something inside me attuned to the serene.

Which is when the rollercoaster started.

My parents' marriage blew up within the month. My mother and I were hurled back to her native LA. We landed in an edgy neighborhood bordering South Central, where three times in two days quick-thinking strikes to my opponent's vulnerable spots stifled the aggressive probing of local gangbangers, who thereafter gave me a wide berth. Some eventually became friends. 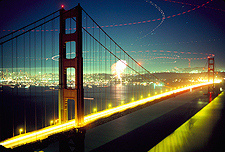 Over the next ten years, I enrolled in the local college; refined my martial arts training; watched my mother die of intestinal cancer; moved to San Francisco; worked as a grease monkey under the hoods of other people's cars; stumbled into an apprenticeship with a local art dealer; met and married Mieko Brodie née Kuroda of Tokyo; fathered a beautiful baby girl; opened an antiques shop on my own; and woke up to the news that my new wife had died in a midnight fire while visiting her parents. Jenny was two. Then four years later—last year—my father passed on, punting half of Brodie Security in my direction even though we'd been estranged since the divorce.

It wasn't supposed to be this way.

When the rollercoaster slowed, I was a man split between two occupations. Make that three—I was also a single parent. In San Francisco, I bounced between my young daughter and my struggling Japanese antiques dealership on Lombard Street. In Tokyo, I juggled trips to find inspired Japanese art for the shop with my default position as a second-generation PI. 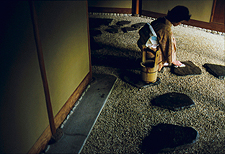 So at thirty-two, I led a mongrel lifestyle. In the back of my mind, art and detecting had begun to merge. With the first, I introduced works that elevated lives with the same sense of serenity I'd discovered many years before when my mother led me into the dark vaults of that vast Tokyo museum; the second allowed me to help people whose hold on life had dipped downward into disruption or devastation. Both parents were gone, but their ghosts hovered nearby, pulling me in opposite directions.

With a notable difference.

Only one of them could get me killed. 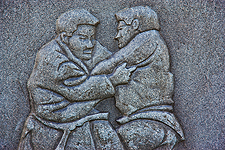 Along the way, I picked up karate and judo from two of the top masters in the Japanese capital... After seventeen years in crime-free Japan, my life on the edge of South Central LA had been anything but restful. While my mother worked as a freelance art curator, supplementing her spotty income with cashier jobs at Rite Aid and the like, I sparred at a pair of local dojos to keep up my martial arts skills.

When the riffraff started sniffing around, I flattened a few noses with the heel of my foot and they scurried away. But I knew I'd need more to handle the big hitters, should they ever appear. Help came in the form of our next-door neighbor, a former special-ops soldier with the South Korean army. He took me under his wing to train with his teenage son, and I added tae kwon doh to my skill set. Under his tutelage my awareness redoubled and my instincts grew sharper.

I followed with a punch to his chin. Once he committed to blocking it, I clubbed him on his blind side, a brutal street move he wouldn't expect. Martial arts without street worked on the mats, but in the real world it could get you killed. Combine the two, however, and you owned a forceful edge if your instincts were good. Something my dad clued me in to when I began judo and karate lessons in Tokyo.